The term “Blue Zone” was first used in a 2005 National Geographic cover story entitled “The Secret of Long Life” written by a man named Dan Buettner.

Buettner had spent several years before penning the article leading expeditions including tracing Darwin’s route in the Galapagos and Marco Polo’s trip along the Silk Road.

He then had the idea to research areas in the world with the longest lifespan. Buettner approached National Geograhic with his idea and they agreed to help fund his research.

He worked with several notable anthropolgists, dieticians, historians, and geneticists to identify and further understand what contributes to a long lifespan.

Not long after, he began to lead trips to the first Blue Zones that he had discovered.

He then went on release a book “The Blue Zones: Lessons for Living Longer from the People Who Have Lived the Longest” in 2008.

The Blue Zones of the World

There are five areas of the world that meet the qualifications of “Blue Zone” as defined by Buettner. These areas are: Sardinia, Italy; Okinawa, Japan; Loma Linda, California; Nicoya, Costa Rica; and Ikaria, Greece.

The Power of Nine

Despite this, it is believed that 30% of a long healthy life comes from genes and 70% is based on lifestyle.

Why the Nicoya Peninsula?

Costa Rica as a whole is a happy place. After living there for four years I have my own theories as to what makes people so happy, and in turn have a longer life span.

First and foremost, the competition to get ahead isn’t the same here as it is in some other western countries. Of course, there is still a desire for success (especially in the cities) but in general, the priorities are shifted.

For one, Costa Rica is a small country and most people never move away from the area they were born in. That means family ties are the backbone for most people’s existence. It is not unusual for several generations to gather on a regular basis for lively gatherings.

Also, the environment just exudes joy. I mean, how can you not be happy when the average daily temperature is 85 degrees fahrenheit, you can easily get to the beach or jungle, and you’re surrounded by an abundance of nature and wildlife?

It is believed that one factor which may contribute to the high number of Nicoyan centenarians is the high calcium content in the water. This calcium leads to stronger bones and the ability to stay physically active at a later age.

Most people in this area never move. Meaning, family ties are strong. It is not unusual for many generations to live on one property or in very close proximity to each other.

People from Nicoya enjoy an ample dose of Vitamin D. They spend most of their time outside tending to the land and enjoy a healthy relationship with surrounding nature.

The traditional diet in the area is also notable. It includes black beans, cooked plantains, fresh papaya, yams, squash, homemade corn tortillas, and fish (if near the coast). They typically do not consume a lot of meat.

Every day, most people eat a breakfast of black beans and rice (called gallo pinto), eggs, fresh corn tortillas (with batter soaked in lime juice), with a cup of coffee. This provides the nutrition they need to work hard during the day.

Dinner is typically a light meal, consumed early in the evening which allows plenty of time for digestion before bed.

Black beans contain high doses of antioxidants and they are eaten for almost every meal among Nicoyans (and most Costa Ricans).

Plantains are high in potassium, fiber, carbohydrates, vitamin B6 and vitamin C.

The waters around the Nicoya Peninsula are also home to several species of fish including tuna and red snapper. Fish is a lean protein and provides oils which help with overall brain function.

In other words, Nicoyans receive a healthy dose of vitamins in their daily diet.

None of these staples are processed, and because all of these foods are locally grown they are not faced with genetically modified or pesticide laden produce.

Because of this, they enjoy extremely low rates of heart disease.

Learn more about typical diet with our Guide to Costa Rican Food.

How You Can Embrace the Nicoya Mindset

There are many factors that go into the long life of Nicoyans, and some of them will be impossible for you to replicate (unless you plan to move to an area of the world where the sun is always shining, the nature is amazing, and then you also need to bring all of your family with you).

However, altering your diet, increasing the amount of exercise you get in a given day, and embracing relationships with family and friends are good places to start.

Try cutting out some meat and replacing it with fresh vegetables and fruit.

Try opting to walk places instead of driving.

Try spending quality times with your loved ones.

Who knows, maybe it will change your life!

Personally, I find that a combination of a healthy diet, exercise, and social contact all help lower my stress; which is crucial in a long life span.

Plan Your Visit to Nicoya

Would you like to visit the Nicoya Peninsula? It’s one of our favorite places in Costa Rica and most likely where we would move if we ever moved to the beach.

The most popular towns to visit here are Montezuma and Santa Teresa. However, both towns have a more touristy vibe to them.

Montezuma is great for long beach walks and jungle hikes.

Santa Teresa is great for surfing and enjoying a small but vibrant town with a backpacker vibe.

If you would like to be near things but get a bit more of a feel for traditional Nicoya life while also enjoying a bit of the touristy perks (surfing, fun restaurants etc.) I suggest visiting Cabuya (a small town between Montezuma and Santa Teresa) or San Francisco de Coyote (a remote beach town).

If you want to really embrace the Nicoya Peninsula blue zone vibe, head to any small village in the area. Just note, you might have trouble finding a place to stay. Your best bet might be finding an Airbnb instead of a hotel.

If coming from San Jose, the easiest way to get to the Nicoya Peninsula is to take the ferry from Puntarenas. We have a full guide to the ferry here.

Are you interested in learning more about the Costa Rica Blue Zone and other zones of the world? I can’t blame you. It is fascinating to see which factors play into long lifespan including how you can emulate this lifestyle.

Dan Buettner is really the man behind Blue Zones, so I suggest you start your interest with him.

He has written numerous books on the topic, but I suggest starting with: Blue Zones of Happiness and The Blue Zones Kitchen (a cookbook).

I also suggest watching his TED Talk. It’s very interesting, and I mean, who doesn’t love a good TED Talk?

And here are two great reports done that will give you a better understanding of the Nicoya people, area, and mindset. They are eye-opening and heart-tugging.

One thing I found especially interesting is the idea that this long life span is dying out. Gone are the days of making your own food and growing organic produce. Even in areas like Nicoya, this has been replaced with the ease of processed meals and fast food (although there are very few fast food options in Nicoya in my experience).

Do you have any questions about the Costa Rica Blue Zone? Feel free to leave them in the comment section below. We are always happy to help you out! Also, we would love to hear your thoughts on Blue Zones and what constitutes a long lifestyle.

LIKED THIS? WE’D LOVE IF YOU’D ADD IT ON PINTEREST!

Common Scams in Costa Rica and How to Avoid Them

Costa Rica is an amazing country, but as with almost every country, there are some 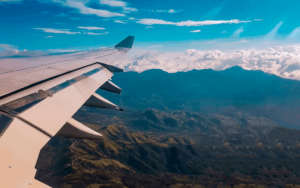 Cheap Flights to Costa Rica – Get the Best Deals

If you are looking to find the best flights to Costa Rica, you’ve come to

Costa Rica may be a small country, but it is filled with tons of amazing destinations. Unfortunately, in a one or two week vacation, you 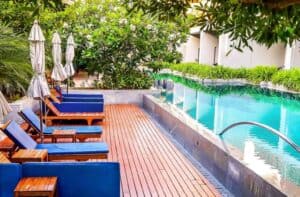 After a full day of international travel, you will likely be tired once you arrive at the airport in San Jose, Costa Rica. Hotels near