One of the (many) things we love about traveling is having the chance to get a taste of different cultures. It is always interesting to see how other countries celebrate the same holidays as you and it is even more interesting to see the celebrations for holidays you have never heard of before. Costa Rica holidays are definitely fun to experience.

Holiday celebrations in Costa Rica are probably not what you are used. Find out what to expect and how you can take part in these unique festivities.

We also created this guide to Costa Rica holidays so you can plan your vacation around when you should avoid certain areas and when it is best to stay off the roads.

New Year’s Eve in Costa Rica takes place on December 31st (obviously). This event is probably celebrated just like you are used to. It is common for family and friends to gather for a party and to count down to the new year.

Most people in Costa Rica do not have December 31st off of work, but January 1st is considered a public holiday and businesses will be closed down.

Please try to avoid driving late in the evening on December 31st and even in the morning of January 1st. The government has really been trying to crack down on drunk driving and there will likely be checkpoints throughout the country, however, drunk driving can still be a problem.

Semana Santa literally translates to “Holy Week.” This is the name for the week which culminates with Easter Sunday.

The whole week is not exactly a public holiday, but most schools are closed and most people at least have work off for Thursday and Good Friday.

This is one of the biggest travel times in Costa Rica. You can expect the beaches to be packed and the traffic heading to the beaches on Thursday and Friday tends to be crazy!

The actual day of Easter is not that big of a deal in Costa Rica. In fact, most people spend Easter on the road heading back home after their fun Semana Santa week. People that do celebrate Easter Sunday tend to have a quiet meal with family.

For more information on Semana Santa including tips for joining in the celebrations check out our guide to Easter in Costa Rica.

Dia de Juan Santamaria occurs every year on April 11th. This day is a Costa Rican holiday commemorating the Costa Rican victory during the Battle of Rivas in 1856 against William Walker and his troops.

William Walker was a US citizen who had previously defeated the Nicaraguan government. Next, he had his sites set on Costa Rica and other Central American countries with the idea of developing some type of slave trade empire.

The chances of Costa Rica winning the battle were very slim. However, young Juan Santamaria had the idea to set fire to a building in which Walker’s troops were gathered. The fire caused Walker’s troops to flee, however, it also resulted in the death of Santamaria due to enemy fire.

The story about Juan Santamaria seems to be a bit hazy with everything we read saying different things on exactly who this young boy was, however, everyone agrees he helped save the country from William Walker and his troops.

In honor of his sacrifice and defeating William Walker a national holiday was enacted in Juan Santamaria’s name.

On this day you can expect parades throughout the country to celebrate. These parades tend to be put on by schools with kids leading the festivities.

When driving through towns you may have to deal with a few delays due to these parades. If you would like to watch a parade, just ask at your hotel. They should be able to tell you when the parade will occur and where.

Labor Day is celebrated every year on May 1st in Costa Rica. This is a public holiday so most people have the day off of work to relax.

If this day happens to fall on a Friday or a Monday you can expect the beaches to be more full than usual as everyone tries to take advantage of the long weekend.

Typically this day is celebrated as you are probably used to. Nothing special happens. It is just a day off of work.

This day celebrates the annexation of Guanacaste Province from Nicaragua. If you will be in the Guanacaste Province on this day we suggest asking at your hotel about nearby celebrations which you can participate in. Usually, there are parades, dances, rodeos and more! Traditional clothing is worn and it is definitely a party!

This is the most unique Costa Rica holiday (at least in my opinion). This day is in celebration of the patron saint of Costa Rica, the Virgin of Los Angelas. Every year this celebration occurs on August 2nd.

People all over the country complete a pilgrimage from their homes to La Basilica de Cartago (pictured above). Most people complete this pilgrimage on foot and approach the church on their hands and knees. It is estimated that over one million people attend the pilgrimage.

If you plan on driving the country in the days leading up to August 2nd you may see people walking as part of their pilgrimage. Some roads may also be closed (especially in the Cartago area) for walkers.

The family is very important in Costa Rica. Every year on August 15th there is a national holiday to celebrate mothers. Most people spend this day with their families and most children give their mothers presents.

September 15th is Costa Rica’s Independence Day. This day celebrates Costa Rica gaining its Independence from Spain in 1821. On this day you can expect most businesses to be closed. Also, many streets are shut down for parades.

If you want to see a fun Independence Day parade head to the streets of whichever town you are staying in. Just check at your hotel. They can tell you exactly when and where the local parade will start.

If you want to see something very unique, head to the parade in the city of Cartago. The day culminates with a runner coming down from Nicaragua with a Freedom Torch and delivering it to Cartago. This is broadcast on TV throughout the country and everything stops for the country to sing the national anthem together. How beautiful is that?

Dia de la Culturas or “Day of the Cultures” in English is celebrated as what you probably know as Columbus Day. This day is not a big celebration in most of the country, however, if you are on the Caribbean coast there are fun Carnival festivities during the week leading up to this day.

Christmas in Costa Rica is celebrated on December 25th. Some families do things on the evening of the 24th as well, but it is not typical for people to have the day of the 24th off of work.

We will write a whole guide to Christmas in Costa Rica once it gets closer to the holiday season, but for now, we want to tell you a bit about traffic.

Many families travel between Christmas and New Years. This applies to both Costa Rican families and tourists coming to the country. That means things get a bit crazy. San Jose ends up like a ghost town and the beaches are packed!

If you are planning to travel over Christmas we strongly suggest organizing your travels early. This includes booking hotels, tours, and your rental car.

Now you know all the national holidays, but there are also a lot of smaller Costa Rica holidays and festivals which are only celebrated in certain regions. Here are some of them!

This is a week-long festivity in the town of Palmares. Things tend to get a little crazy here between concerts, bullfighting, lots of drinking, dancing, and more!

This day is in celebration of Costa Rica’s brightly painted traditional oxcarts. There is a parade through the town of San Antonio de Escazu (near San Jose).

On the evening before Costa Rica’s Independence day, children throughout the country take to the streets with lanterns. This is usually organized by school classes.

“Tope” is the word for horse parades in Costa Rica. This particular horse parade occurs in downtown San Jose. The horses get prizes based on their footwork techniques.

Typically, families in Costa Rica use school vacations as a time to travel together as a family or go to the beach. Although parents may still have to work during school vacations, many people take this time off work. This is good to know for you because you can expect the beaches to be more crowded and more people will be driving.

The school year in Costa Rica usually starts during the first week in February. Kids typically have the week of Semana Santa off of school. They then have a two or three-week break at the beginning of July. The school year end in mid-December.

Kids also have all the national Costa Rica holidays off of school.

If you need any tips on national Costa Rica holidays, just leave your questions in the comment section below. we are always happy to help you out. Also, if you have experienced a unique holiday in Costa Rica we’d love to hear about it! It’s always interesting to hear other people’s experiences!

LIKED THIS? WE’D LOVE IF YOU’D PIN IT! 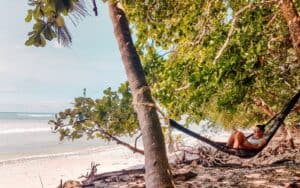 Crazy Costa Rica Fruits That You Need to Try

Did you know that there are some Costa Rica fruits you’ve probably never seen before? 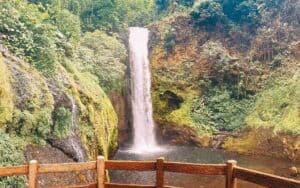 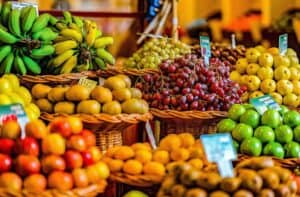 There are a ton of food shopping options in Costa Rica. Grocery stores in Costa Rica range from high-end markets to small mini-markets which carry 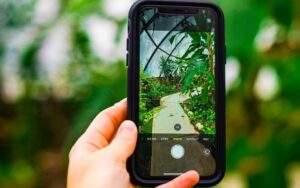 Cell Phone in Costa Rica – How to Stay Connected While Traveling

Are you looking for the best option for using your cell phone in Costa Rica? When traveling to a foreign country this dilemma always seems 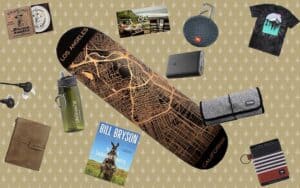 It’s that time of year, time to start thinking about holiday presents! Travel obviously looks a bit different this year, but that doesn’t mean that