Monteverde Night Walk – Is it Worth a Visit?

Last time we were in Monteverde we spontaneously decided to go on a night walk. If you don’t know, there are several companies which host a Monteverde night walk and you are almost guaranteed to see lots of animals. We were a bit hesitant about it because we are pretty tired and it had been off and on raining all day, but in the end, we put on our rain gear and waited for the shuttle to pick us up.

There are several companies who run Monteverde night tours. TripAdvisor has a complete list here.

We went with Santamaria Night Walk, but not because we think they are the best (although they were good). We had done zero research and just went spontaneously.

Most walks start sometime between 6pm and 8:30 pm.

Most walks cost $25 and include transportation from your hotel. I would not pay more than $25. 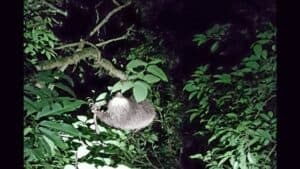 We didn’t bring any bag with us because we wanted to move easily and we didn’t know how rainy it would be.

Definitely, bring your camera. We only brought Thomas’s cell phone with us and although that was fine, it would have been great to have a camera with better zoom options. Some of the animals were far away.

The guide will have a telescope, but it never hurts to have your own binoculars as well. We love our pocket binoculars for seeing wildlife in Costa Rica.

Definitely, wear clothes that can get wet. We both wore rain jackets, lightweight pants (you need to be able to walk up and down hills easily) and hiking boots. There were lots of fire ants here so don’t wear anything with open toes and definitely wear pants.

Also, don’t forget that you are in a cloud forest and it can be really buggy. We loaded up on bug spray ahead of time.

Most tours will pick you up at your hotel. No directions necessary!

– If you have poor eyesight or are not in the best shape physically this may not be the best activity for you. Our guide often said, “Come on everyone! We need to go fast to see the animal.” He would then walk/ run off. You are given flashlights, but it can still be a bit much.

– Try to book the Monteverde Night Walk through your hotel. There are a few companies who do the walk and most partner with hotel companies. Sometimes it is cheaper if you arrange it through your hotel rather than the company directly.

– Don’t walk off the trails or touch any trees during the walk. You never know what could be hiding there and without much light, it can be difficult to spot things.

Our Review of the Monteverde Night Walk

I have to preface this story by saying that we went on the night walk directly after Thomas had driven over four hours from Nosara. We had hit the Monteverde area after dark and realized the car we had borrowed from a friend did not have fog lights. We were in the middle of mountain roads in a cloud forest and could not see anything. It was terrifying, but we eventually made it to Monteverde after following closely behind a truck the rest of the way. So, the lesson is, don’t drive to Monteverde at night.

Anyway, after checking into our hotel we went straight out to the night walk. I think we were both a bit on edge, so I’m not sure how much that impacted our experience.

For $25 I think the price was a little high, but it was really well done and we saw a lot of animals. We also had a really enthusiastic guide who made the walk that much more enjoyable.

The evening started with someone picking us up in a 15 passenger van at our hotel. We then stopped at a few other hotels to pick up more guests before going to the location of the night walk.

We were divided up by Spanish speaking and English speaking guests. We went with the English speaking group. Our guide greeted us and gave everyone a headlamp to wear for the duration of our trip. In total, we had twelve people in our group. We then started walking.

The walk took place on mostly smooth trails (they weren’t paved, but well worn down). It seemed like things got serious pretty fast. All the guides have radios and would radio each other when they saw an animal. We would then all run to where the animal was.

We were there during rainy season, but it was still pretty crowded. There were at least four groups out there that night and there were several times when we would meet up with other groups to all try and look at one animal.

As I mentioned before, all the guides have telescopes so you can see the animals up close. Our guide was great and would take pictures with everyone’s cameras through the telescopes.

We saw a lot of animals which we would have never spotted on our own (well there is a chance Thomas would have spotted them because he has been known to turn over every leaf). Sometimes I wondered if the animals were fake. For example, our guide knew exactly where to find a huge tarantula and had us all stand under it. I swear that thing was fake and they just stuck it up in the tree.

On our walk, we saw several poisonous frogs, a viper, a sloth, butterflies, a tarantula, birds, and probably more which I can’t remember!

Some people in our group seemed a bit disappointed after. They seemed to have expected to see more wildlife, but you never know which animals will be visible on that particular day.

If you have any questions about the Monteverde night tour or would like to share your experience, please leave them in the comment section below. We love to hear from our readers!

BOOK YOUR COSTA RICA RENTAL CAR AND SAVE 10%

– FREE ROOF RACKS TO USE

…Still planning?  Check out all of our favorite travel companies. 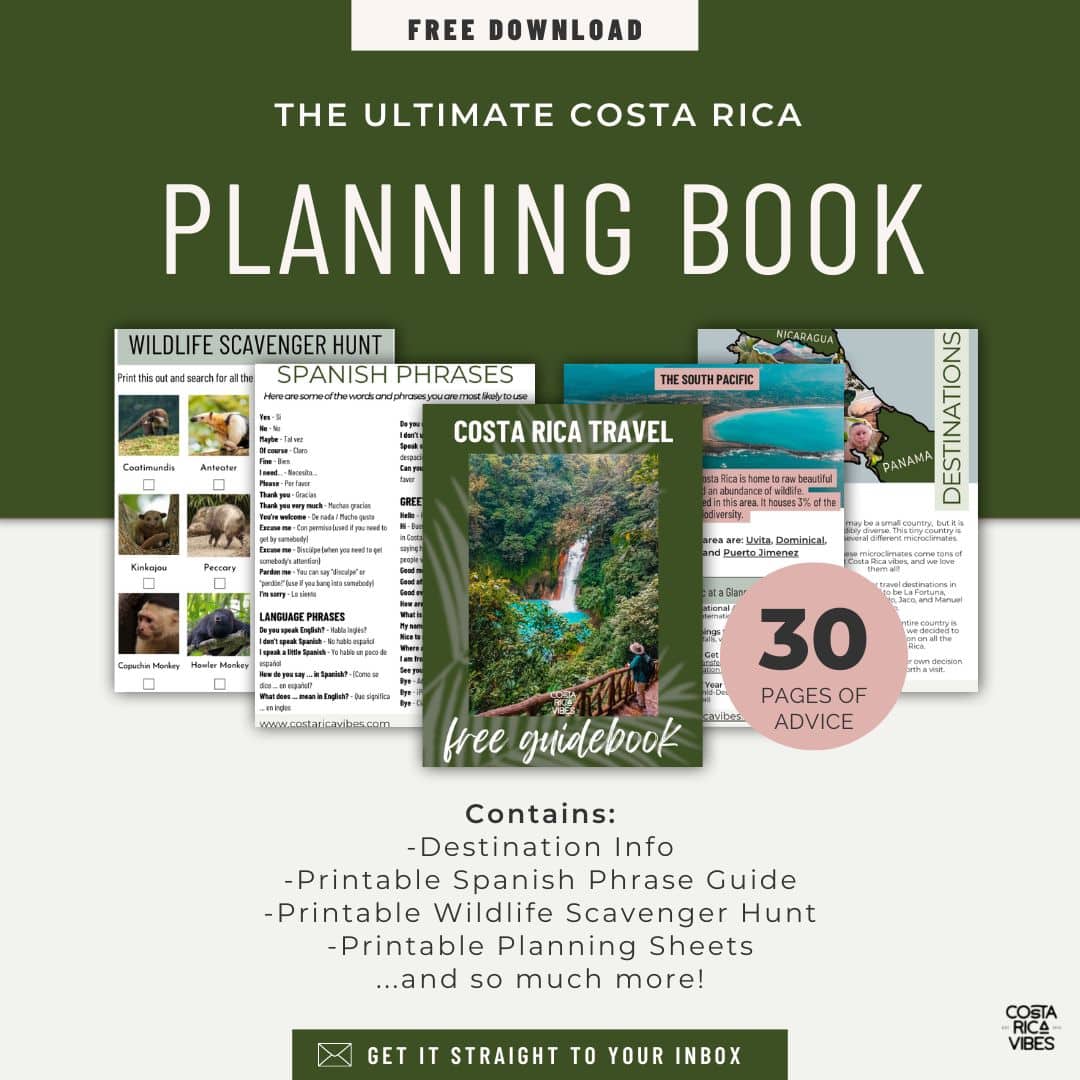 How to Plan Wedding Details in Costa Rica