Did you know that there are over 800 species of birds in Costa Rica? The birds of Costa Rica are abundant, unique, and extremely photogenic 😉

Quetzals, hummingbirds, toucans, and more can be spotted by the avid birdwatcher or even the novice when lucky.

We created this guide so you can discover some of the most common and beautiful birds as well as learn about the best places to spot them while traveling in Costa Rica.

Just note, we are only mentioning a small variety of the birds in Costa Rica. There are tons of other birds you will likely spot during your travels. However, we tried to highlight the most popular birds that you will likely enjoy seeking out.

There are over 50 hummingbird species in Costa Rica.

Where to See Hummingbirds

It is possible to spot hummingbirds buzzing around all over the country.

In fact, because hummingbirds are so prevalent, many nature parks put up hummingbird feeders to attract them.

In San Jose, we have some little humming friends that visit our backyard garden almost every day. It’s awesome!

– For you bird novices, you can usually spot a hummingbird by the way it seems to levitate in mid-air. This is actually done by rapidly flying its wings, which creates a humming noise (hence the name hummingbird).

– Hummingbirds have a diet of insects (for nutrition) and nectar (for energy).

– Some hummingbirds migrate, but some of the species in Costa Rica also live here year round.

One of the most recognizable and popular birds in the world, parrots, and macaws can easily be recognized by their vibrant colors, large size, and distinct face.

There are believed to be 17 different species of parrots and macaws living in Costa Rica.

The most common parrots and macaws that you may spot in Costa Rica are; scarlet macaws, great green macaws, and the crimson fronted parakeet.

Where to See Parrots and Macaws

One of the best places to spot parrots and macaws is in the Jaco area. They seem to love to hang in the trees around here.

Once we even saw about ten scarlet macaws having a little get together in a tree while on the beach in Jaco.

Unfortunately we only had our phones and couldn’t get a great picture, but it was still very cool.

The Osa Peninsula (Corcovado National Park area) is also a great spot to keep an eye out for parrots.

– Parrots diet mostly consists of seeds. Even if you spot one eating fruit, it is mostly likely picking through the fruit to get to the seed.

– Most parrots are monogamous breeders.

– Most nests are built in dead tree cavities.

– Female parrots take on all of the incubating process in most varieties.

– Most varieties of parrots can imitate human speech.

– They are considered to be some of the most intelligent species of birds.

Toucans are easily recognizable by their bright colored bodies and long beaks. Personally, they are my favorite bird to spot in Costa Rica. I just find them so amazing to look at.

– Toucans are social and tend to gather in groups of 10 to 20 birds.

– They eat mostly fruit, but if they are struggling to find enough fruit toucans will eat some small insects.

– They have also been known to take eggs from nests of smaller birds to eat.

There are six types of toucans you may be lucky enough to spot while in Costa Rica.

The two in the picture above are collared aracari. We had the pleasure of these two visiting our hotel balcony every day during a visit to Manuel Antonio.

Where to See Toucans

Some of the best places to look for toucans are the lower Pacific Slope (Manuel Antonio, Dominical, Uvita area), the Monteverde cloud forest area, and the Tortuguero area on the Caribbean coast.

Here’s a little story for you. The first time Thomas and I visited San Gerardo de Dota in Costa Rica we went there as a little weekend getaway from San Jose.

We instantly fell in love with the area (it’s one of my favorite places in the country).

Anyway, we stayed at the Savegre Hotel (which I highly recommend) and on our first day we were like “what is going on?”

The only people staying at this hotel were us and this group of about 15 US tourists who were visiting the area on a multi-day quetzal tour.

The tour group spent every day hiking and looking for quetzals. On our first evening at the hotel, the tour group had an art class in which everyone got a wooden bird to paint.

Anyway, that was our introduction to the majestic quetzal and the hype surrounding them.

– Quetzals typically eat a diet heavy in fruit, avocado, and some insects.

– Typically, the female will leave before the baby quetzals are fully reared.

– The male will then take on the role until the babies are ready to be out on their own.

Where to See Quetzals

You can spot quetzals in cloud forest areas such as Monteverde and San Gerardo de Dota. However, they are not always the easiest bird to spot.

The quetzal listed above is technically a species of trogon, but we decided to give it its own section. So, on to the rest of the trogons you might see in Costa Rica.

Costa Rica is home to ten species of trogons. Besides the quetzal, the two most notable species varieties are the Collared Trogon and the Lattice Tail Trogon.

– Trogons are relatively inactive, but are also rather reclusive. In other words, they are not the easiest to spot for birdwatchers.

– They eat insects (such as caterpillars) and fruit.

– Trogons are monogamous and males attract female partners by singing.

– They make nests by carving out space in rotting wood.

Where to See Trogon

Both the Collared Trogon and Lattice Tail Trogon are most often spotted on the Caribbean coast.

There are over 50 species of tanagers in Costa Rica. So, I am not going to list them all. 😉

– Most tanagers live in a small group or in pairs.

– There is not a lot of known info regarding their mating and reproduction process. However, it is known that they nest in trees and often 3 to 5 eggs are laid at a time.

Where to See Tanagers

Because there are over 50 species of tanagers in Costa Rica, it is often possible to spot them in every area of the country if you are lucky.

There are believed to be five varieties of Great Tinamou in Costa Rica. These are:

Where to See Tinamou

Tinamou can be seen all over the country. This varies by variety. For example, the Highland Tinamou is common in high places such as Monteverde and the Great Tinamou is more common in lowland areas (we saw one at Carara National Park once near Jaco).

– Tinamous spend most of their time on the ground rather than in trees. In fact, they are not great at flying.

– When breeding, male will attract a female with calls as well as by trying to appear larger.

– Most tinamous nest on the ground. In fact, they typically do not build nests but instead lay their eggs on a soft bed of leaves.

– They eat a wild variety of food depending on each type of tinamou. This variety includes fruit, seeds, and plants.

There are six species of motmots which call Costa Rica home. These are the:

Where to See Motmot

They can be seen throughout the country, however they can be difficult spot. We have heard that typically the easiest to see are the Turquoise- browed Motmot which can be spotted along the Southern Pacific coast.

– Motmots have two hanging tail feathers that are very fragile and have been known to fall off easily.

– When breeding, the females always lay four eggs, which hatch after about 20 days.

– Both male and female care for their young.

Here are a few options for you….

-There are many amazing national parks in Costa Rica. These are always a good place for bird watching. A few of our favorites are Cahuita National Park, Curu Reserve, and Cabo Blanco.

Manuel Antonio National Park is also a great place for birdwatching, but there are typically a lot more people there than at the other national parks.

– In the big national parks it is usually possible to hire a local guide. It can be a bit pricey, but these guides typically know the animals of the area very well. Let them know that you have an interest in spotting birds and they will definitely do what they can to find some unique species for you.

-We are not professional with our bird-watching equipment by any means, but we have two types of binoculars that we use in Costa Rica and really like both.

We have one set of pocket binoculars which are super helpful when traveling light. We also have a set of binoculars with a cellphone holder. This set is great because you can attach your phone to take zoomed in pictures like this. ↓

-If you are traveling with kids, a great place to pique their interest in bird watching and see a condensed amount of birds in one area is at the La Paz Waterfall Garden near the San Jose Airport. This place acts as a rehab center to many wildlife species in Costa Rica including a variety of birds. The birds are in caged habitats for rehab and there is detailed information in English and Spanish at every birdcage.

-If you are looking for a good field guide for your trip, the consensus seems to be that The Birds of Costa Rica: A Field Guide and Photo Guide to Birds of Costa Rica are your best book options. We own the first book and I am not a huge fan of how it is organized, but Thomas (who is way more into birds and photography than I am) likes it a lot.

If you have any questions about the birds of Costa Rica don’t hesitate to leave them in the comment section below. We are always happy to help you out. Also, if you have any tips for fellow bird watchers, please leave those as well.

WAS THIS GUIDE TO THE BIRDS OF COSTA RICA HELPFUL?

Costa Rica Coffee – Where to Take a Plantation Tour

Drinking some tasty Costa Rica coffee is a must-do while visiting the country. If you

Anybody else a total foodie? If you’re anything like me, one of the first things

Want to Move to Costa Rica? Here’s How We Did it

“You live in Costa Rica? You’re so lucky!” are words we hear almost daily from

Easter in Costa Rica – Here’s What You Can Expect

Easter in Costa Rica is a prime time to visit the country. The weather is hot and you can 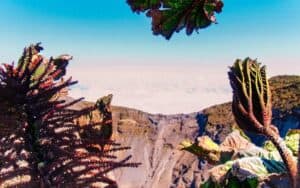 Often when people fly into San Jose Costa Rica they immediately hit the road, head out of the city,

Cabo Blanco Reserve located near Montezuma and Santa Teresa, Costa Rica is the perfect place to spend the day